See how SCENAR Therapy is an advanced version of tens. TENS is a pain blocker where SCENAR triggers the body to heal itself! 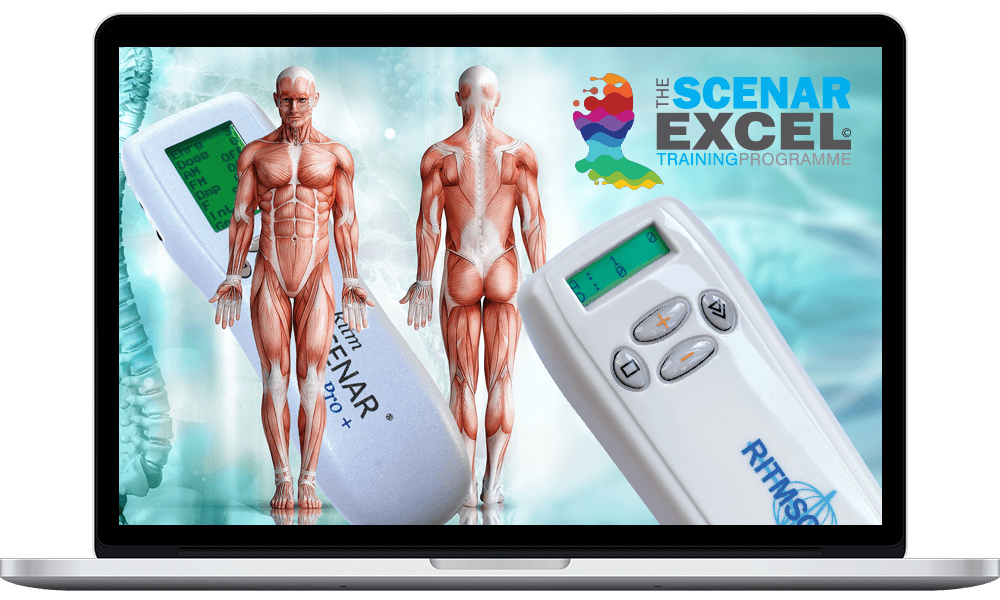 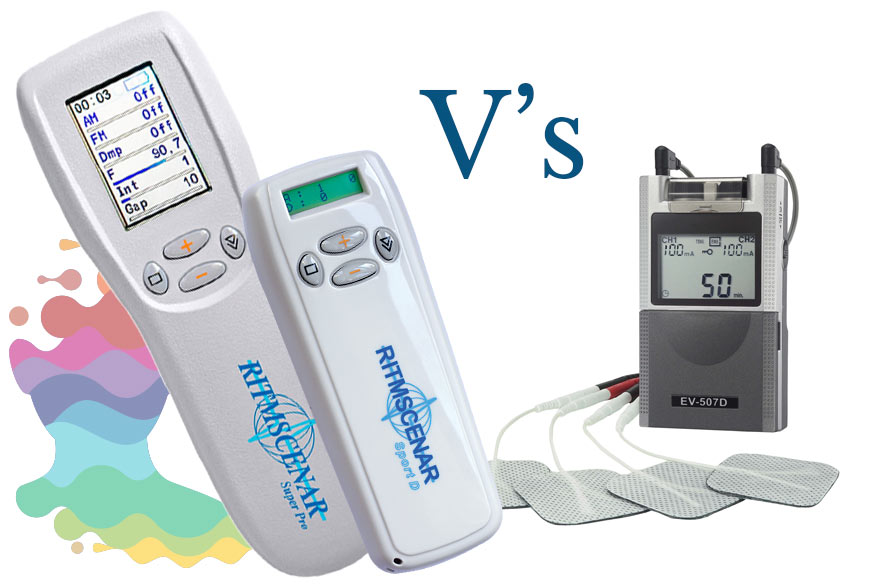 Which is best? TENS or SCENAR?

SCENAR has built a reputation over the past decades for effective pain relief, while the TENS machine has been in use for a similar period and is routinely offered as an NHS treatment. Both use electrical impulses to treat pain, but how do they differ in performance? Should we be using one over the other to get the results we want? Absolutely YES!

How bio-electrical pain treatment works
SCENAR (Self-Controlled Energy Neuro Adaptive Regulator) and TENS (Transcutaneous Electrical Nerve Stimulation) therapy both stimulate the body to use its own internal pharmacy to cure a state of damage. Well not exactly true…

TENS units work by delivering small electrical impulses through electrodes that have adhesive pads to attach them to a person’s skin. These electrical impulses flood the nervous system, reducing its ability to transmit pain signals to the spinal cord and brain. The same electrical impulses also stimulate the body to produce natural pain relievers called endorphins. What this actually means shows us the primary difference between TENS and SCENAR – TENS is what we call a pain blocker, the signal stops the ‘pain message’ getting to the brain.

For example; sprain your ankle and a message is sent to the brain saying ‘there is a pain in the ankle’. The TENS patches/signal actually stops this message being delivered to the brain, hence giving the feeling of the pain has gone. A couple of hours after removing the TENS unit the pain will/can return as it has only been blocked, not healed.

While the SCENAR works completely differently in that it triggers the body’s own healing mechanism by stimulating the production of serotonin, endorphins, c-fibres, and neuropeptides, all for healing the source of the pain and rejuvenating the body. It is this ability that enables the SCENAR device to ‘repair’ the body and not mask the symptoms.

However, if the signal is repetitive, the body will become desensitised to a particular electrical impulse and eventually ignore it, resulting in the return of the pain. This is another area where SCENAR excels because either the device or you can keep changing the signal input to a wide variation. No chance of the body memorising the signal, thus rendering the treatment less effective. 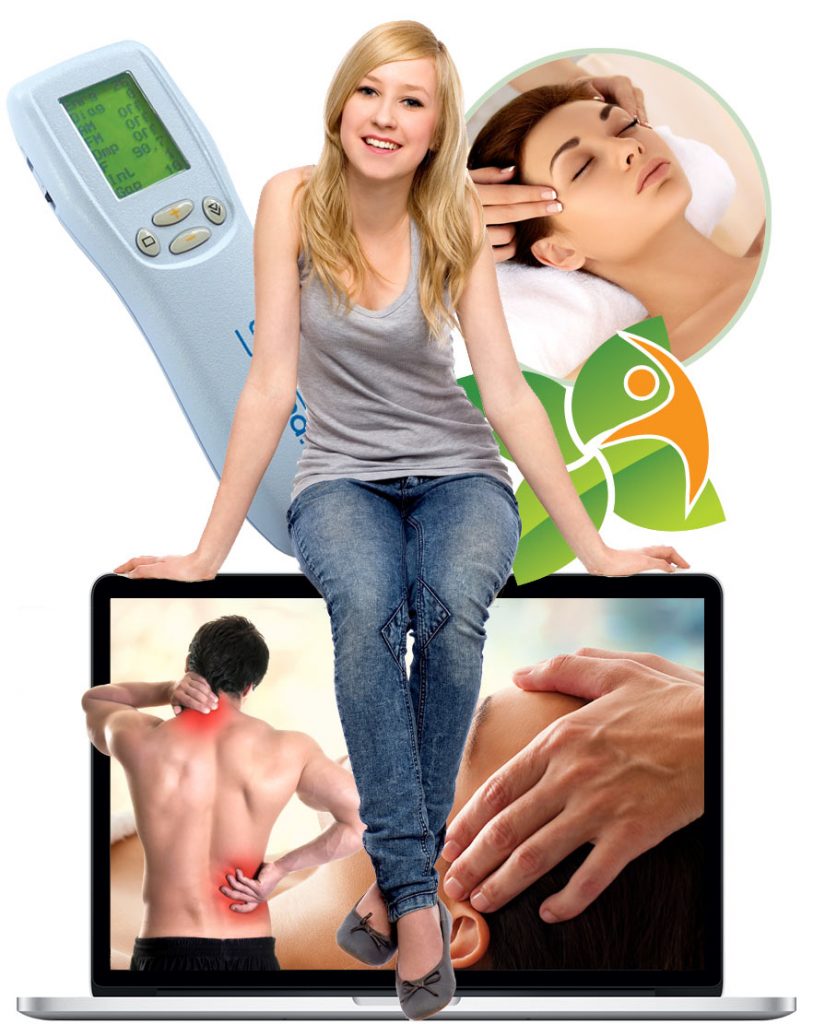 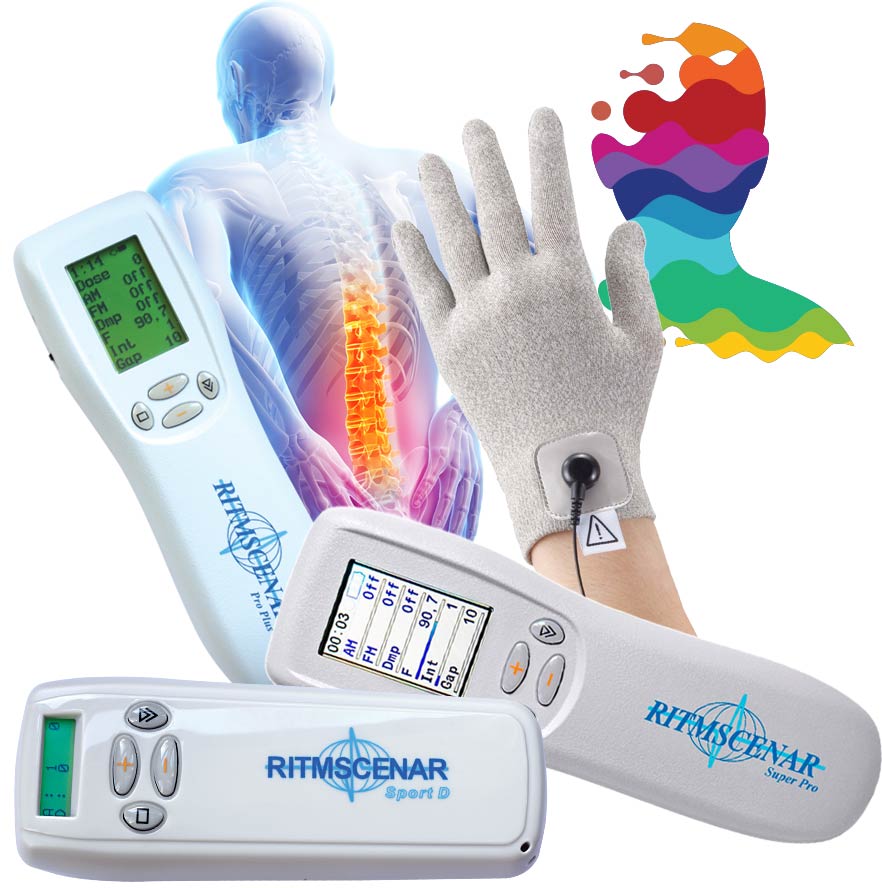 What makes SCENAR so effective?

Unlike the TENS machine, SCENAR avoids the problem of desensitisation. The hand-held device incorporates a biofeedback mechanism which sets up a two-way communication with the patient’s nervous system. The device reads the returning signal and adjusts its own subsequent impulse parameters so that each new signal differs from the previous one.

This constant change of frequency encourages the body to go on redirecting its activity towards the area of weakness in the body.

Another major distinguishing features of SCENAR therapy is that it inﬂuences local blood ﬂow, especially micro-circulation, which is important in the treatment of sports injuries. Blood delivers the basic building blocks to repair cells and removes dead tissue and waste products from the affected site. When a muscle tightens up to protect the body, the blood in the muscle become stagnant in that all the oxygen is absorbed. Using the AM setting on the SCENAR gently makes the muscle relax and contact, over and over again. This refills the muscle with fresh oxygenated blood thus enabling the healing process to begin.

The result is that pain relief may be permanent, or at least extend for increasingly longer periods between with each treatment. This varies on a client-to-client basis. Results in our pain relief clinic have been staggering!

SCENAR often rivals the strongest pain killers. This includes TENS machines which just block pain until the body adapts and the pain returns. The way that SCENARworks generally leads to remarkably lasting relief. With chronic conditions, if the original cause is still in place, there may be occasional flare-ups but these are usually brief and usually dealt with in just one or two treatments.

SCENAR is non-manipulative, non-invasive, non-toxic, non-addictive, and can be used with people of any age. SCENAR feels tingling or prickly, but (generally) soothing.

Instead of blocking or manipulating the body in a forceful, one-way process, SCENAR ‘s signals are being constantly modified by the body’s responses. Coached to repair itself using its own resources, the body will generally choose to do so quickly and deeply.

In principle the SCENAR (Self-Controlled Energo Neuro Adaptive Regulation) device works as a catalyst on the body’s immune system. The SCENAR reads the resistance level of the skin and relays this information to the brain via the skin itself. This accelerates the body’s healing mechanism through stimulation of the neuropeptides in each damaged cell. In addition the SCENAR could be used to treat individuals whose bodies do not repair themselves properly as a result of chronic illness. A classic example of this is suffers of fybromyalgia where SCENAR may act as a regeneration and pain management tool.

For more detailed information on SCENAR visit our therapy site…

Chronic neck pain is difficult to diagnose and treat, being resistant to common therapeutic interventions. Therefore, a study was carried out in Australia in 2006-7 to see if there were significant differences in performance between SCENAR and TENS.

A group of 24 people between the ages of 18 and 50 suffering from non-complicated chronic neck pain (NCCNP) were split into three groups; one group received SCENAR treatment, another was treated with a TENS device and the third group received a control procedure.

All groups were given twelve 15-minute treatment sessions over a six week period. Results were measured throughout the treatment period, at the 0, 6, 12, 18 and 24 week points, using acknowledged pain and functionality assessment scales.

The SCENAR group showed a marked decrease in mean pain scores from time zero to the first follow-up measurement, six weeks into the trial and this improvement was maintained until week 24. However, the TENS and control groups showed similar and consistent pain levels throughout the trial.

A follow-up assessment after six months also showed that pain and neck disability levels within the SCENAR group were around half that of either the TENS or the control.

Scenar is the hands-down winner!
The study concluded that the SCENAR therapy participants reported a significant reduction in the intensity of neck pain and disability as well as an increased functionality compared to the TENS or control participants, not just throughout the treatment phase but well afterwards.

The study and its results have been registered with the Australian Clinical Trials Registry (ACTR).

Although TENS therapy has provided short-term pain relief over the years, pain only subsides while the TENS unit is activated, and this effect decreases with use due to desensitisation.

In contrast, SCENAR therapy, which was developed for use on the USSR’s space programme, is a technological quantum leap ahead of TENS therapy. It’s unique biofeedback system ‘listens’ and responds to the body, resulting in a more profound and long lasting healing response. Both technologies developed by the same Russian team, TENS in 1973 and SCENAR in 1976, but they are so different in their results!

The answer to the question “which device is most effective for pain management” is undoubtedly SCENAR.

Subscribe to our newsletter for information and special offers on products and training courses. This site WILL be evolving, new courses, new resources and unique support facilities.

We are the premier UK SCENAR training house, providing unique easy to learn and understand SCENAR training courses. Writen by and delivered by qualified SCENAR therapists with over 26 years combined experience. Unique! 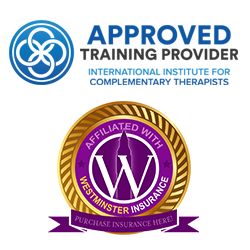 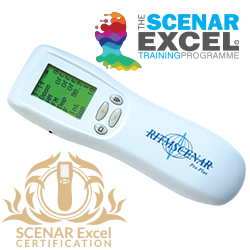